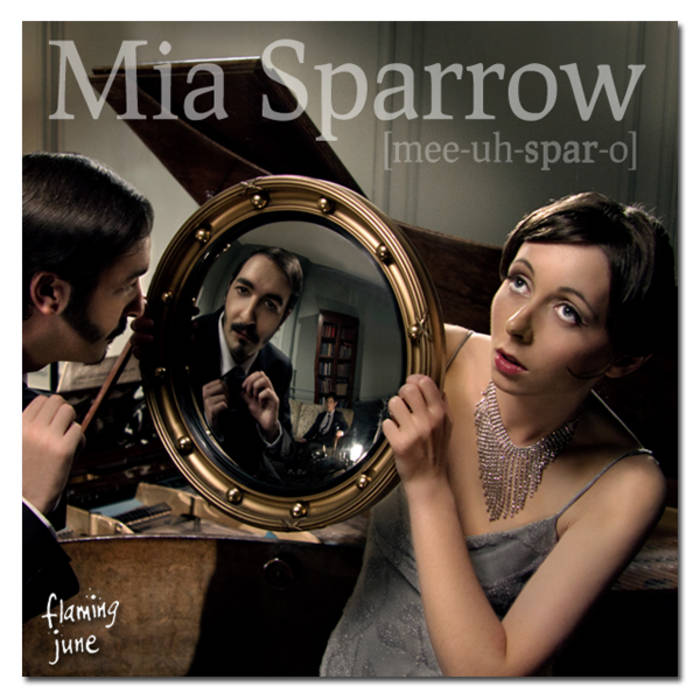 "Initially, the collision of sounds – post-rock, shoegaze, lo-fi, pop – can seem chaotic, jarring even. However, like those Magic Eye images that were such a Nineties novelty, if you focus hard enough, eventually you begin to discern a compelling pattern. On this evidence, Mia Sparrow thoroughly deserve your close attention" - 4/5 stars
- HOT PRESS 2012

"the bands wonderful LP [mee​-​uh​-​spar​-​o]..was released back in February and is available as pay-what-you-want download via their Bandcamp page. (Hint; It’s brilliant, go listen)"
- GOLDFLAKEPAINT.CO.UK

"has a kind of rough edge to it and plenty of lovely weirdness. It’s kinda sweet with a distant sadness in there somewhere, like seeing a haggard Hello Kitty buying hash off a scut at the bus station"
-WEARENOISE.COM

"Broadly speaking this album is part shoegaze, part new wave pop, and part Mia Sparrow.. combining simple pop melodies with fuzzy guitars which at any moment can explode with added dimensions of synths and samples..reaching for that repeat button again and again"
- MUSICLIBERATION.BLOGSPOT.IE

"The music combines fuzzy guitars, drums, synths, omnichord and samples to create a distorted sound, but it works well"
- OHSOFRESHMUSIC.COM

"it reminded me why we write this blog. Culture Addicts was started to share the music we love with the world, and Mia Sparrow needed to be shared. Definitely get this one in your music collection"
- CULTUREADDICTS.COM

Bandcamp Daily  your guide to the world of Bandcamp